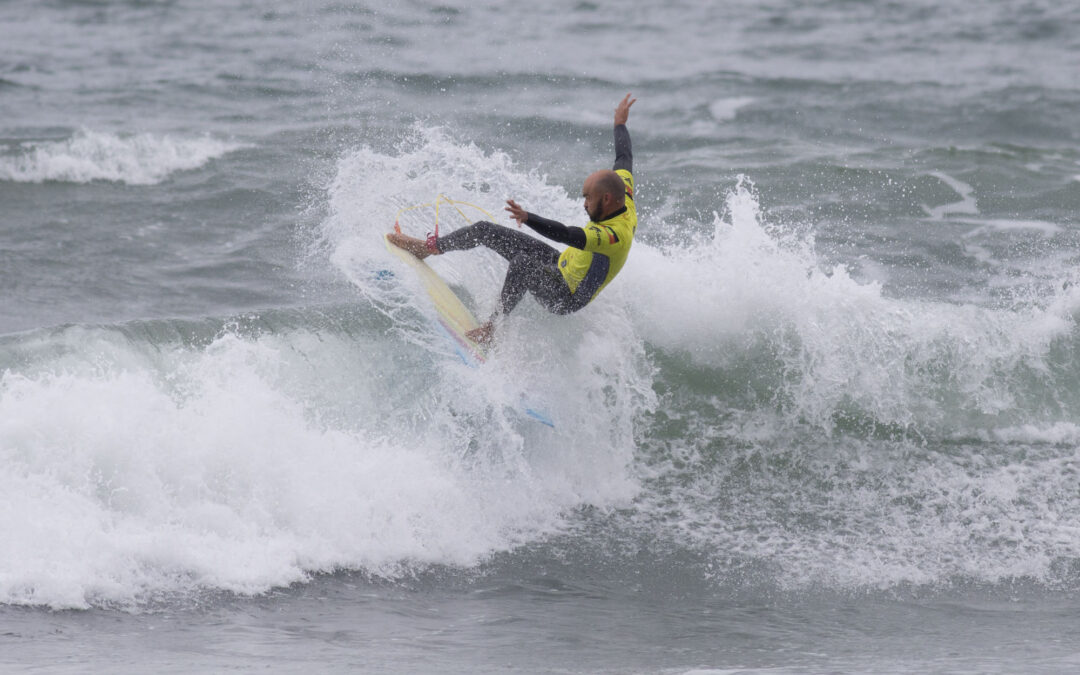 With a dropping swell but improving conditions on offer, former event champions have used their knowledge of the break to progress through to the final day of the event held on Wadawurrung Country.

Winning the event in 2012 and 2016, Russel Molony (Central Coast, NSW) is one of the most feared competitors at this event and put in another solid performance in the decreasing swell.

“The best thing about this event is the chance to hang out with all the saltwater mob and catchup in a beautiful location like this,” said Molony.

“There was some really nice waves out there today, it was only 2ft or so but when they came it was super fun.”

“I only surfed a few waves in each heat but it was enough to get me through over some of the younger guys.”

Molony locked in one of the highest single wave scores of the day, an 8.50 out of 10 to progress through to finals day.

The dynamic surfer added progressive elements into each of his waves to progress through to the Final of the Junior Boys and the Semi Finals of the Open Mens.

“Its awesome to come down at surf at Bells with everyone,” said Hill. “The waves were super slow out there but I managed to get a few and move through to the next round.”

“Getting the chance to surf against Russ and Otis in the open is epic and the level of the junior division has really increased. The older guys push your surfing so much and Taj Simon just did some crazy things in our Junior semi.”

Taj Simon (Port Kembla, NSW) was also impressive in his Junior heats locking in the highest single wave score of the event, a 9.33 point ride.

The event will continue tomorrow morning at 7:30am with all finals to be finished at approximately 1:30pm.

Live scores, video and photos for the event can be found at www.australianindigenoussurfingtitles.com